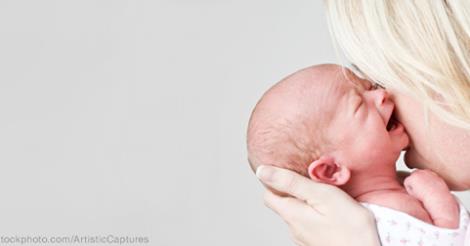 An interesting article for parents everywhere – Colic: a Father’s Perspective

Read one man’s diary about how he and his wife managed their babies Colic symptoms.

Our son got over colic, we haven’t.
by Mike Shields via http://www.babble.com
There is a memorably dark scene in the cult classic movie Office Space when the main character, while visiting his therapist, describes just how bleak his life is — he essentially says that every day is worse than the last, thus every day is the worst day of his life.The presumably highly trained, empathetic therapist, replies, “Wow, that’s messed up, man.”That scene pretty much describes my life — and the level of expert help I received — when my son Christopher went through colic earlier this year.According to WebMD.com, a baby who cries more than three hours a day more than three days a week for at least three weeks in a row has colic. And unlike why most babies cry (they’re tired, hungry or have a dirty diaper), kids with colic cry inexplicably.

My son exceeded the daily three-hour threshold with regularity. During his peak, my wife kept a log, hoping to discover some patterns. On his worst day, outside of sleeping and nursing, Christopher didn’t cry for a grand total of two minutes.

And colic crying isn’t like “I’m upset,” crying; it’s “emotionally disturbed” crying. Christopher’s face would writhe with apparent pain. He’d contort his body violently and sweat — like a panicked adult sweats. By the time I’d get home from work most days, he looked like he’d just gotten back from Afghanistan.

Christopher’s senseless crying was incredibly difficult to endure. On top of the regular newborn workload, i.e. feeding and changing him a dozen times a day while trying to squeeze in small increments of sleep around his day/night confusion, my wife and I were in a constant state of staving off crying. I remember experiencing such hopelessness that I told my wife, “I feel like I have nothing to look forward to.”

What made matters worse was finding out how poorly colic is understood by the medical community. “Unfortunately, there is no definite explanation for why [colic] happens,” says the American Academy of Pediatrics on its website, despite the fact that it affects one fifth of children. When we went to Christopher’s pediatrician in search of answers, his answer was essentially, “Sorry, you’re going to have to ride it out. Try giving him some tea.”

In fact, doctors aren’t even in agreement about what colic is, let alone what causes it.

One theory is that some babies’ stomachs are so underdeveloped that they have either constant painful gas or heartburn, which causes them to scream in agony. A 2009 study released by The University of Texas Health Science Center at Houston theorized that a naturally occurring organism called klebsiella in their intestines might aversely affect babies with colic.

The other prominent theory is that some babies are born into a “fourth trimester” outside the womb, during which their immature brains are being overloaded by the constant stream of new audio and visual stimuli; hence they cry a ton.

And just as medical experts can’t agree on what colic is, they haven’t landed upon a standard treatment plan. According to The No-Cry Sleep Solution by parenting educator Elizabeth Pantley, “There is no simple, effective treatment for colic: parents and professionals are able to offer suggestions that may help your baby through this time period” — or they may not.

You know things are bad when a doctor uses the word “try.” Doctors don’t say, “You might try amoxicillin for your infection”; they say, “Take these pills for 10 days.” In our case, we knew “try” was code for, “We really don’t know what causes what you have or what to do about it. Good luck.”

But given our desperation, we did any suggestions doctors had for us. I can’t tell you how many snake oil stomach-soothing products (like gripewater) we tried to no avail. They typically helped for about 15 seconds — the time it took Christopher to drink the useless liquid.

After a while we realized that Christopher’s colic episodes weren’t consistently tied to eating, which made me lean toward the fourth trimester theory — and to The Happiest Baby on the Block, a hugely popular book which many people recommended to us. To pediatrician and author Harvey Karp — I would love to punch you in the groin. Happiest baby, my ass. It should be called Five Random Techniques That Might Work but Could Also Do Serious Physical Damage to the Parents.

According to Karp, the five techniques (which each conveniently start with “s”) are swaddling — which screaming babies just love — swinging, shushing, placing a baby on its side, and having him suck on a pacifier. Yes, many parents swear by Karp’s techniques. And sure, your baby will stop crying if you wrap him like a mental patient in a straight jacket, rhythmically bouncing him in your arms while holding him like a martini shaker, and shushing him as loudly as possible directly in his ear. But just see how long you can do that in the middle of the night without simultaneously tearing a rotator cuff and having a complete mental breakdown. I recall at one point saying to my wife, after a night of fierce shushing, “I’m a little worried I’m going to get gum damage.”

And about a month into the colic — a point when I was hearing imaginary crying babies fairly regularly — I said to her, “I’m not sure how we’re going to get through this. We should think about getting some pot.” Thankfully, I reconsidered that after imagining dropping my crying baby after a few too many bong hits.

But that crazy thought process speaks to just how severely colic had affected me and my wife. That’s what still makes me mad to this day. One of the messages many doctors and books had for us was not to worry about colic, since it doesn’t do any damage, and that the kid won’t remember it. That might be true, but my wife and I remember it. And we’re damaged.

The medical community offered little help, but friends, relatives and acquaintances were no better, sometimes even seeming offended when we didn’t respond with utter joy to questions like, “How’s the new baby?” or “Isn’t this time in your life wonderful?” No, we thought, it’s actually horrible.

People almost seemed to want to deny colic or bury it under the rug — the way society used to shy away from discussing post-traumatic stress syndrome. Often we’d hear, “Oh, your baby’s just fussy.” God, I hated that one. People who like salad dressing on the side are fussy; inconsolable crying babies are tormented, and they torture those around them.

I came home with pure dread on some nights. I’d get off the elevator in our building and hear our vacuum from the hallway (holding Christopher next to a running vacuum was the only thing that actually consistently calmed him – one of the few semi-workable solutions from the Happiest Baby book). My wife would be crying, bouncing our son on one of those giant exercise balls, exhausted and nearly begging me to help.

We’d fight, of course. You can’t fight with the baby, even though you pretty much want to throw him out the window. So who else can you blame but your spouse? Or your mother, or her mother. “You’re holding him wrong!” “I’m trying!”

We still bicker more than we used to. I’m still trying to drop the 20 pounds I put on during the colic period. Most nights, after finally getting the baby to sleep, I’d retreat into our bedroom and, like the clich’d woman going through a bad breakup, I’d devour pints of ice cream or sleeves of cookies. Sure, I could have had some drinks instead, but a hangover with colic — that’s like giving yourself colic.

We’re also still more cautious than other parents we know. For months, we’d both get jumpy from just a little normal “I’m hungry” or “I’m tired” crying. It was weeks after colic was over before we started taking the baby out with friends. We still plan our lives around naps or bedtimes, and I’m sure our friends think we’re overprotective.

The truth is, during my worst moments, I hated the baby. I even told him to shut up. After nine months of hopeful anticipation, I wondered, “So this is what I get?”

Thankfully, things are so much better these days. The colic ended abruptly soon after our son turned three months old — as many of the books had promised. Even then, it took me several more months to bond with him completely, to let the irrational resentment and feeling that we’d been cheated pass. But now at eight months, Christopher is awesome — he’s cute, funny and, most importantly, happy. He cries when he’s tired and hungry and when I get him dressed — that’s about it. There really are no after effects — except for the ones still affecting us.